The place for measured discourse about politics and current events, including developments in science and medicine.
Post Reply
1539 posts

Perhaps Mr. Obama was simply trying to be civil and not be snotty and nitpicky. Perhaps he thought it was a good idea to respond to issues.

It obviously didn't work. It's not what people want, I guess.
Top

I never proposed that either McCain or Romney should be president.
In fact, other than John Anderson in 1980, I have voted for nothing but democrats in Presidential elections (I did submit a write in vote for Jesse Jackson, because I couldn't bring myself to vote for either Bush or Dukakis).
I highly doubt that either would be better than Obama. Different, better in some places, worse in others, but not overall better.

I simply am at the point where I can no longer give validations to people, via a vote, for actions or in-actions that I find intolerable, or because there is a perception that the opposition could be worse.

The Libertarian and Green parties are represented on the Massachusetts ballot, and if I have to I can opt to vote that way to avoid validating known or unknown intolerables.

Ladies and gentlemen, we have now transcended silly season. Seriously. Is anyone actually going to be swayed by that?
When you can do nothing what can you do?
Top

River wrote:Ladies and gentlemen, we have now transcended silly season. Seriously. Is anyone actually going to be swayed by that?

To check, I've sent that link on to my two most hardcore Michigan friends, both liberals. They bleed blue, but I'm not talking about their political orientation.

The odds are pretty good that at least one of them will now feel compelled to vote for Romney.

Apart from those two, though, you're correct.
I won't just survive
Oh, you will see me thrive
Can't write my story
I'm beyond the archetype
I won't just conform
No matter how you shake my core
'Cause my roots, they run deep, oh

When, when the fire's at my feet again
And the vultures all start circling
They're whispering, "You're out of time,"
But still I rise
This is no mistake, no accident
When you think the final nail is in, think again
Don't be surprised, I will still rise
Top

It just goes to show that politics and team sports have become the same thing.
Top

Dave_LF wrote:It just goes to show that politics and team sports have become the same thing.

"Become?" Have you ever seen 19th century political advertising?

The difference is that nowadays it's 24/7. You can't get away from it. Even in Canada, the news networks are parsing every word Mr. Romney and Mr. Obama spoke, analyzing ever motion, each blink. Few people saw the candidates in the past. I wonder how many people heard Andrew Jackson, or Abraham Lincoln? Lots of people wouldn't get a newspaper and many wouldn't be able to read it if they did. The cartoons were the attack ads of the day.

But this seems to have reached a new level of idiocy, AFAIC. They're talking about whether Mr. Biden will "beat" Mr. Ryan, as if that made any difference to the country! People won't vote for Mr. Romney if Mr. Ryan whups Mr. Biden. Will they? Say they won't . . . .

Early signs, from Gallup at least, suggest that Romney's gains from his perceived debate win may have been ephemeral. The rolling 7 day average had narrowed from 50% - 45% in Obama's favor on October 4 (the day after the debate, but not reflecting any polling after the debate), to 49-46 yesterday, on the strength of three days of polling after the debate that were even, 47%-47%. However, today the seven day average is back to 50-45, so Obama must have had particularly strong polling yesterday in order to regain two points in his advantage in the seven day average. Of course, more polling will be necessary to corroborate this. And if Romney is again perceived to have soundly "defeated" the president in the next two debates, it may create more lasting influence in the polls.

(This idea that Romney "defeated" Obama in the debate is an interesting one to me. People complain so much about the divisiveness of politics, and yet it is clear that people actually want divisiveness, because the perception of the president's poor performance was largely the result of his decision not to aggressively "go after" his opponent. I doubt that he will be making that "mistake" again.)
"Spirits in the shape of hawks and eagles flew ever to and from his halls; and their eyes could see to the depths of the seas, and pierce the hidden caverns beneath the world."
Top

Who knows. It's a widely held belief that Sarah Palin's debate performance contributed to McCain's loss because she was (further) exposed as just not ready for national politics.

That said, I think at this point people's minds are pretty much made up and everything else is media chatter.
When you can do nothing what can you do?
Top

Given that 538 is showing President Obama's chances of winning sinking like a stone (down over 16% in just five days), I'm not very comforted by it right now. It is a great site, though.
"Spirits in the shape of hawks and eagles flew ever to and from his halls; and their eyes could see to the depths of the seas, and pierce the hidden caverns beneath the world."
Top

Someone told me today that Mitt Romney's grandfather was a polygamist, which is why Georgge Romney was born in Mexico. I didn't believe him, but I just looked it up, and it's true.

Not that it matters, I guess. But if Obama is a secret Muslim-Kenyan-Socialist, can't we make something out of the polygamy thing? Sins of the fathers, etc?

"Spirits in the shape of hawks and eagles flew ever to and from his halls; and their eyes could see to the depths of the seas, and pierce the hidden caverns beneath the world."
Top

"Spirits in the shape of hawks and eagles flew ever to and from his halls; and their eyes could see to the depths of the seas, and pierce the hidden caverns beneath the world."
Top

Okay, any info here would be helpful. I've poked around a bit trying to find info, but I haven't found anything substantive.

Where are Obama and Romney on the issue of fracking?

(I ask about such a specific issue because Romney is saying something in his Ohio commercials that makes me a bit nervous.) 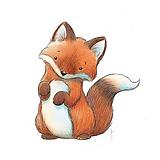 Not sure if this is what you are looking for, but it is a decent article from Reuters News;

Hmmm, yes, that's the kind of thing I'm looking for. Thanks, Holby.

I don't even know what to think about this issue with the Army, Congress and Tanks.

Says right in the article that building completely unnecessary tanks keeps people employed. But I agree, it's an utterly absurd situation.
When you can do nothing what can you do?
Top
Post Reply
1539 posts